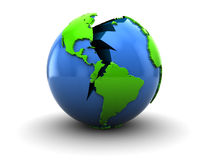 LOOK BEYOND THIS WORLD
Stephen Hanson·Saturday, February 29, 2020·
2/29/2020
11 He came unto his own, and his own received him not.12 But as many as received him, to them gave he power to become the sons of God, even to them that believe on his name:13 Which were born, not of blood, nor of the will of the flesh, nor of the will of man, but of God. John 1
“Do not expect the world to accept you. For I came unto my own, and even my own did not accept Me. For they looked for a great king to deliver them, but instead they found a humble servant. And this humble servant came not to reward the deeds of great men, but to bring light unto those who would receive it.
For the world would look for a savior. The world would look for one to deliver them from all their troubles. But I have not come to deliver you from all your troubles, but I have told you to take my hand, and then in doing so, I will lead you through those troubles.
I have called you to live above the troubles of this world. I have called you to seek those things that are above. For then in seeking those things, you would then live above the troubles of this world. Many would promise you things in this life but in the end they will turn to dust, and wither away as the grass. For those things that are upon this world are not everlasting.
So live as if this world is not your own. Live as though you are just a sojourner. “
Stephen Hanson

Blog note. Jesus indicated that ‘fearful sights’ (various natural disasters) would occur leading up to the time known as the Tribulation and Great Tribulation (a combined seven year period of great destruction on earth). Although these types of things have occurred in the past for centuries and thousands of years, they could be identified as…

In view of the fact that COVid19 has reared it’s ugly head, I thought it timely to present this info to the readers, whom I urge to be very cautious, and prayerful before consenting to having any vaccine injected into the body that Big Pharma comes up with. The “cure” may end up worse that the disease.  I do urge you all to read, and study this valuable information. We all need to know the truth about how our “medical professionals” are handling our health issues…..and, what prescriptions they are advising. I personally have been harmed and abused by not only incompetent physicians, but by the medications they prescribed for me. In most cases, it’s all about money!

Eustace Mullins (1923-2010), discusses one of his best-selling books; ‘Murder by Injection’ exposing the unholy dynasty of the big drug companies, the medical establishment, the Rockefeller syndicate and the evils of the cut-slash-and-burn cancer racket that has killed millions in the name of ‘fighting cancer.’ While there are many books on the corruption of modern medicine, there is no other book out there that so effectively tells the whole story as does this seminal volume, laying bare the criminal machinations of those who profit in the name of “promoting good health.” The federal bureaucracy that ostensibly “regulates” the big drug companies is all part and parcel of the problem. http://www.amazon.com/Murder-Injectio… Playlist: http://www.youtube.com/view_play_list… 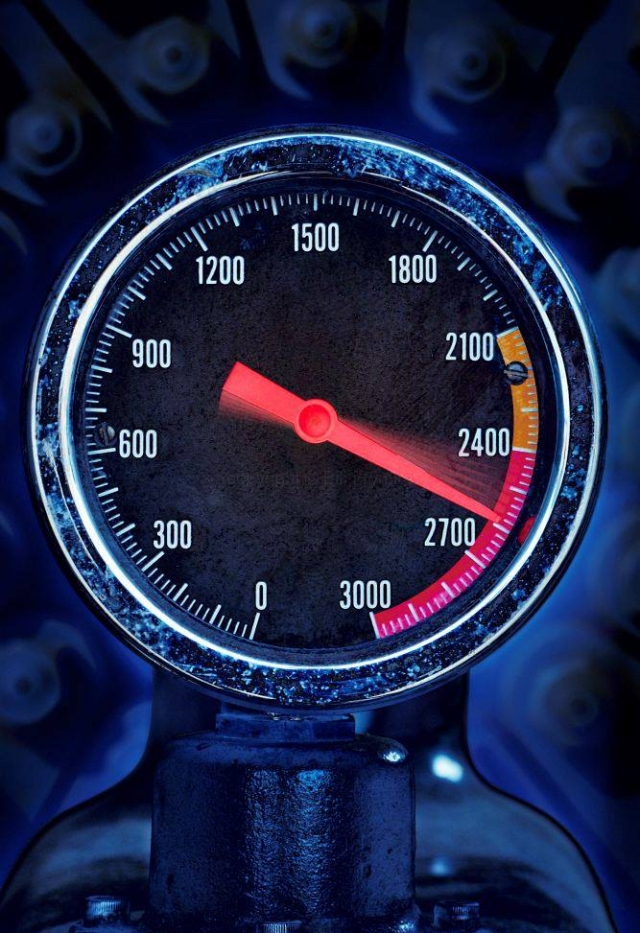 The word of the Lord has come to me right now while I’m reading my Bible. He asked a question and I set it here for everyone, so I won’t have to answer alone.

‘Therefore I will yet bring charges against you, says the Lord, and against your children and your children’s children. Pass beyond the coasts [of Cyprus] and see, or send afar [To Kedar] and consider diligently if such a thing has ever happened before.’

HAS A NATION EVER CHANGED ITS GODS, AND WORSHIPPED WHAT ARE NOT GODS?

This is the question asked with burning severity (Jeremiah 2:9-11), and my answer is “Lord I have not seen it, where people leave what is living to follow what is dead.”

What does it mean: “to change gods?” It means that a…

Likewise the men abandoned natural relations with women and burned with lust for one another.Men committed indecent acts with other men, and received in themselves the due penalty for their error. – (Romans 1:27)

If a man lies with a male as with a woman, both of them have committed an abomination; they shall surely be put to death; their blood is upon them. – (Leviticus 20:13)

“Sodomy is on the rise in the United States.”

The Lord says this to me as I sit on the couch right now (12:13a.m) doing my nightly reading.

SODOMY. HOMOSEXUALITY. “BUGGERY” says the Spirit of the Lord.

*Buggery is a very old, very outdated word for the act of one man’s anus being penetrated by another man’s penis. (*I apologise to all ladies, sensitive people, and children under 15 who happen to use this blog. This is what the…

From a post I did on Face Book…. Apostle Paul made it plain in the early spirit filled church that sexual immorality was not to be tolerated in the Body of Christ. And that the sexually immoral person was to be kicked out of fellowship with other believers, who were told not to have anything to do with them. He was not talking about the people out in the world here, he was talking about those sitting right in the church. (or in front of the TV or Internet), calling themselves Christians. Paul even went so far as to say he was turning that particular sexually immoral person over to Satan for the destruction of the flesh. Doesn’t sound like being sexually immoral would end up being worth the guilty pleasure if one was going to get to have one’s flesh tortured by the master torturer, Satan, does it? Paul didn’t have a mean streak…he had the backing and authority of an apostle of the Lord Jesus Christ behind him. The intent was to bring about repentance out of godly suffering; (there is such a thing). Jesus said, “A little leaven spoils the whole lump”, leaven meaning sin. After all, the Body of Christ was known in the Greek as “Ecclesia”…”the called out ones”. That is very, very special and holy…and not to be “leavened” or corrupted by sin”. Jesus would not want that in His Body. Yet, today, this appears to be growing and escalating in the church, even from the pulpit. Indeed, right here on Face Book there are several well known and popular so called pastors that have sinned, committed adultery, divorced their wives, married their lovers, and gone right on preaching and collecting money from Face Book donors and never batting an eye, in total denial and claiming they never sinned. And….just as bad, since their members, admirers and groupies back them up and support them, instead of kicking them out as Paul would have done. My question is…..how long do people think this is going to be tolerated by God, in today’s church? Maybe, just maybe, there won’t be an Apostle Paul around to carry forth discipline by the Holy Spirit,it just might be the Holy Spirit Himself. Ananias and Sapphira didn’t get away with lying to the Holy Spirit and I don’t think these fornicators and adulterers are going to either.

Persecution! Coronavirus! Nothing stops these bold Chinese Christians from going out in the highways and by-ways witnessing the gospel of Jesus Christ and His love for the Chinese people. There has been an uptick in recent times of the severity of persecution as the Chinese Community Party once again begins a purge of Christian believers in China. It was Tertullian, an early church father, who said the “Blood of the Martyrs is the Seed of the Church”....and so it has been down through history from the very beginning of the primitive church that Jesus Christ started.

When Israel rebelled against God and began serving idols, time and time again, the Lord God Yahweh had to allow persecution, war, famine and death to bring them to their senses, to repent and once again turn back to Him. Christians in other countries around the world, such as Pakistan, Iran, and parts of India and Africa are suffering severe persecution at the hands of wicked, violent people, but at the same time, revival, repentance on a massive scale has also broken out.  In the West, and in particular, the United States and Canada, one wonders what it’s going to take for unbelievers, or apostate backslidden Christians to repent and turn back to the God of the Bible in a large scale which was last seen in any evidence at all during the “Jesus Movement” of the 60’s.

For me, I came in as a late bloomer in the late 80’s, sovereignly saved and filled with the Holy Spirit, with accompanying gifts of the Spirit with not a church, preacher or Christian anywhere in sight. But as I did enter, as led by the Spirit, into the Pentecostal branch of believer-hood…I caught the very tail end of what resembled a true move of the Spirit. Sadly, it went downhill in a hurry from there.

My most cherished memory of what I experienced as having a valid meeting and assembling of the ecclesia, was in my own apt with a small band of 4 on fire for God, died in the wool Holy Ghost believers where the ONLY One in charge was the Holy Spirit, who had each one of us prepared just like it says in the Bible,   “How is it then, brethren? when ye come together, every one of you hath a psalm, hath a doctrine, hath a tongue, hath a revelation, hath an interpretation. Let all things be done unto edifying.” 1st Cor. 14:26. Oh, it just flowed like a river of pure, sweet water! It was wonderful! I have never had that experience since…..We were all going to “church normal”, and they hated our meetings, and gossiping that we were out of line, rocking the boat, “not blooming where we were planted”, etc,,  blah blah…..but the regular church meetings were bland compared to ours, simply because the Holy Spirit wasn’t in charge. Yes, there was a semblance, if you will, where the Holy Spirit would be able to break through the facade just a bit from time to time….. as He was allowed. So sad. And, also there was this sort of nasty, undercover, hierarchical attitude of the so-called clergy, aka “leadership”, that seemed to feel their authority was being threatened…or violated. which actually it was! By The Lord God! But the Holy Spirit is indeed a gentleman and won’t force Himself on people;neither will He hang around where He’s not welcome. Sigh, and eventually neither did I as I grew in knowledge of the scriptures, prayer and discernment.

So….the Ecclesia will prevail as Jesus said it would, and the gates of hell will not prevail against it. https://www.whatchristianswanttoknow.com/what-are-the-gates-of-hell-what-does-the-bible-say/ (Matt 16:18b) is the word for “prevail” being the Greek word “katischyō” and this means “to be superior too” or “to overcome” so clearly nothing and no one (man, Satan, or his demons) can ever overcome Jesus’ church.  Read more: https://www.whatchristianswanttoknow.com/what-are-the-gates-of-hell-what-does-the-bible-say/#ixzz6EeNZoEyS

God bless all our Christian brethren, as well as all those in other countries suffering the onslaught of the devil’s armies, but whom are fighting on to victory. And God bless my friends here on WordPress. I love you all, Scarlett