As time winds down and we approach the coming of our Lord and Savior Jesus Christ, things are occurring to get our attention, one of these things is the expose of the “Deep State”. What once was a conspiracy theory, the idea that our country was being run by unaccountable deep state operatives, forming a shadow government, is now being played out before our eyes. There was a time that we believed the rhetoric of conservative politicians, the Republicans, we thought they really were doing all they could to end the nightmare of the murder of unborn children, we thought they really believed in small government and lower taxes; on the other hand we believed that the Democrats were what they claimed to be, we disagreed with their so called “liberal” policies, but we thought they really believed it.

Now here is what we have folks, two political parties with… 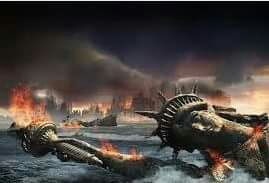 4 And there went out another horse that was red: and power was given to him that sat thereon to take peace from the earth, and that they should kill one another: and there was given unto him a great sword. Rev. 6

18 Pride goeth before destruction, and an haughty spirit before a fall. Proverbs 16:18

“Do you not know, and have you not seen and heard, that judgment is falling upon this nation? For the stage is set, and the horse of war, the red horse, will ride across the land. Those plans that have been made to circumvent treaties will spark and ignite another war.

For the man in the white house will bring about the ruin of your land. He thinks that his change in policies demonstrates strength and resolve, but I tell you that it will bring you to war! For it is in his heart to set himself up as a great king, but his pride and arrogance will be his ruin.

A wise man and ruler would listen to his advisers, but he is bent on destruction. Watch and wait and be ready when the signs are seen. For surely, you are on the edge of ruin. Those prophets who prophesied that he would be a Cyrus have been seen for what they are. For the king does everything for himself and for him alone.

You have made an idol unto yourselves. There is the sign of a ‘false peace.’ And you know full well when they say ‘peace and safety’ that sudden destruction will come upon them. I control the game, my people. I AM the God of this land. Do not think that I would let a mere man take control over everything. But my purposes are involved in this. For when everything comes to a head, and the nation falls prey to outside influences, then some will come to Me. For when the buildings fall, and the great quake tears your nation in half, then perhaps some will know that I AM God.

But it is too late to think that I will make you great oh land! For you have turned to your own gods. You have sacrificed on every hill. You have killed the innocents and your depravity has reached to my very throne. You think that I will bless a nation that has gone astray and has blasphemed my name? You will be brought to the ground, and you will see how far you have fallen! ”

By the Blood of the Lamb 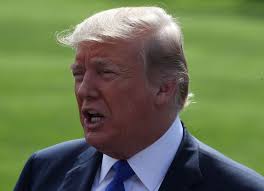 “I was utterly astonished that a certain demographic of the “church” in America were/are in enthused about Trump. I normally don’t get into politics but I made the following post about a year ago: