I thank the Lord Jesus Christ that we still live in a country where we have access to good food, and won’t be killed for not worshiping a mere man instead of the Savior. I thank Him that I’ve never been this hungry.  I thank Him that here in America, we can help the least of these, our brethren, who are suffering lack, and living in an unbelievable nightmare. We can help! http://www.heavensfamily.org/ Heavens Family Ministries- Love Link to the Least of These- doesn’t have a large expensive headquarters so they can save money to place donations right at the points of need.
Dictator Kim Jong Il is portrayed as a god to the people of North Korea, even though millions starve due to his policies. Heaven’s Family provides food for North Korean followers of Christ…all of whom are enemies of the state.

Living in the most hostile nation on the earth can be a death sentence. Because of the North Korean government’s poor agricultural management policies and their reluctance to accept international aid, almost 4 million people (18%) of the population perished during the early 1990s due primarily to a lack of food. Severe shortages still exist inside North Korea, and many are driven to desperation.

Reliable reports have surfaced of children being abducted and killed for food. Others have testified of the sale of human flesh on the black market. Christians, considered enemies of the state, suffer more harshly than average citizens.

We received the following letter from inside North Korea.

Our life on this side is like going deeper and deeper into a mountain range: we live expecting it will be better every year, but faced with ever harsher reality, it cannot be explained with anything. Such a boundless misery, the whole population is suffering from starvation. That is, there is no compensation for struggle no matter how great; there is no profit in doing business. Consequently, beggars continue to increase in number on the street.

Occasionally, homes [become] empty overnight, and rumor goes around saying the occupants ran away somewhere. It is now common everywhere to disregard a person lying dead on the street and for no one to care. It is because such things happen too often. So, in the midst of this, it became possible not only for us to overcome this hardship, but also to share with those who are suffering around us.

Indeed, if God hadn’t helped us, we’d have become beggars now. We do not know how to repay your favors. We can only tell and pray to Him. We have experienced God’s marvelous works here. Truly we thank you.

Heaven’s Family is partnering with other ministries to serve our brothers and sisters in Christ in North Korea. We have purchased tons of food and other aid that will be delivered to underground believers whose names and face we may never know due to security reasons. We also help rescue some believers who have been put in dangerous situations. Through underground channels we help them escape to safety in South Korea.

Some might say a drop in the bucket is worth nothing, but that drop is literally saving hundreds of lives—and many drops together can make an ocean. This overwhelming need presents us with an opportunity to show our love for Jesus, who will one day say to the sheep on His right hand, “I was hungry, and you fed Me.” 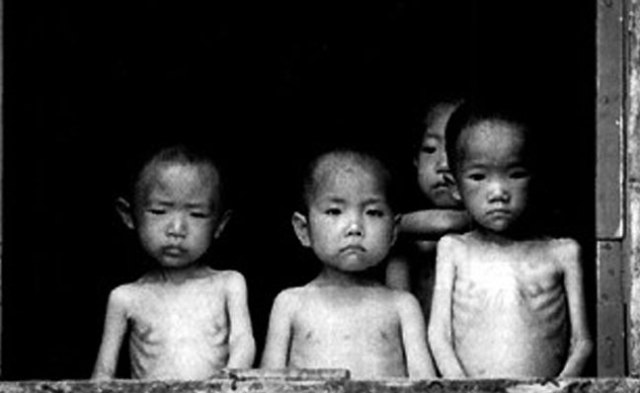